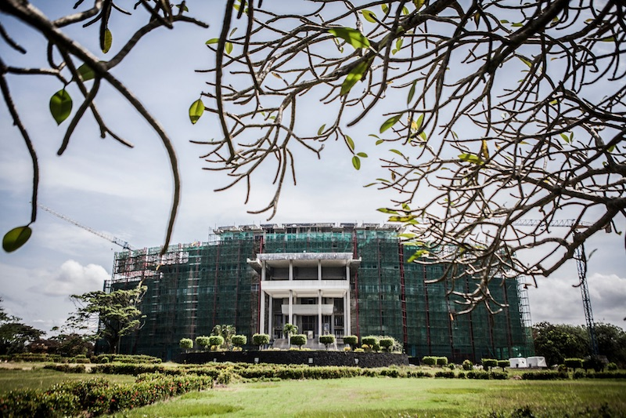 (Disclaimer: Do not take a single part of this selection guide and judge a person by it. You must weigh candidates entirely against measures listed herein; it is important that you hear from potential presidential candidates and ask a lot of questions to gauge their true positions and capabilities. Never vote for anybody who does not tell you his plans and how he will achieve them.)

The role of a president is tenfold. It requires you to be is a legal scholar, a philosopher, a social and developmental economist, a diplomat, an environmentalist; in essence, you must be a well-read, well-rounded individual who is tested and comfortable with making executive decisions. The president fears nothing but the wrath of the people. The best person for the office is the one who has prepared all his life to occupy this position – exposure matters.

The presidency is not a place for a flunky, especially in the 21st Century! S/he must fully understand the functioning of every government agency and the capabilities of those he appoints to lead and execute his vision, the rules and regulations governing these bodies and especially the Constitution of the Republic. He is the head, the commander-in-chief, on whose directives everything succeeds or fails. She must have an actionable, national vision. It is a position like none other; not just anybody should be given such awesome responsibility especially when it is noticeably clear that he does not grasp the full weight and responsibilities of the office. The presidency is not a joking matter; this is not where you put your friends or those you “love” or the celebrities you have come to admire – people lives are dependent on the decisions he makes. This office is entirely reserved for the best and brightest among us, the very people with the aptitude, intellect, preparedness, and eagerness to actualize our national vision – people who can hold their own in the company of world leaders with confidence and the proper readiness to execute. S/he is our face, with an in-depth knowledge of our problems and our national aspirations; whoever we put in this seat will determine how far we go as a nation.

Moreover, the president’s responsibility increases daily – the extent to which that responsibility grows will depend on how well he plans to lead. Gauge the person’s, time-tested preparedness skills. Is this individual willing to set aside his personal ambitions to entirely devote his efforts to the affairs of the state? Is he willing to put the interests of the state far above partisanship and relationships?

Secondly, the team that is chosen to implement the president’s plans must be equally prepared with equal commitment to seeing the plans come to fruition. Is this person a good judge of character? Watch the company he keeps and the caliber of people s/he surrounds himself with. What are his decision-making capabilities? The president must be farsighted enough to understand the consequences of his decisions and the burdens they bring to the country. How developed are his organizational skills? Does he understand the essence of leadership? S/he must plan better than most; look for this in the previous decisions she has made. Simple things like being married to the same person and having all your kids by one person can tell you a lot about a person’s character – can they withstand adversities in a small unit such as the family? Is s/he a responsible father/mother? Have they developed their family unit and societal skills enough to be able to lead a unit as big as the nation? Examine his life choices and the decisions he has made up to date. Do not take anything lighted – this person can make or break a nation.

Consequently, avoid anybody who had a negative affiliation with our just ended civil war even in the smallest capacity; none of those people should be considered for any elected post or any public position for that matter. Passover individuals with tainted characters, criminals, political prostitutes, bootlickers, people who are just in it to make a living, and especially formal corrupt officials. This privileged position is about solidifying a legacy – it has nothing to do with earning an income.

Remember, the issue of equitable governance requires commitment to a higher ideal, consistency, and tactfulness; you cannot find these traits in vagrants! Political prostitutes have no vision; no self-control, they move with the tides in whichever direction it flows. Close all doors in front of these parasites. The presidency is not a post for the indigent; this does not mean you have to be rich to occupy the position. This is a role for the dignified, people who have achieved a high level of socio-economic standing with unblemished character, the educated – not just formally but holistically as well. This person must show he has the discipline to excel at an extremely high level of leadership. Furthermore, this leader must exude confidence in himself and his abilities, and the role he occupies. He must be a top predator with zero self-doubt but at the same time clothed with the humility required of a selfless commander.

Our captain must believe in the possibilities of Liberia more than anybody else, be able to convincingly articulate and present plausible solutions to Liberia’s pressing issues with relatable understanding. His presentation must be his own – his vision and not somebody else’s. He must be able to clearly present a step-by-step guide on how he will get us to total national revitalization and economic vibrancy. There must be a proven track record that said individual has successfully performed at exceedingly high levels of leadership in the past, not necessarily in government but in the private sector as well. This individual must be a result-producing, well-seasoned leader before coming to the presidency. Secondly, he must subscribe to higher virtuous principles than most with total reverence for the people whom he serves.

His vision must adequately address:

In this vein, the president must embody who we are as a people. She is our face and carries our dreams and aspirations! Can we proudly present this person to the world with absolute confidence that she will represent us well? After you have weighed all these traits in their entirety and determine that a person has set himself apart in preparation for this awesome responsibility, then, in that person, you have found your next president who will succeed no matter what!