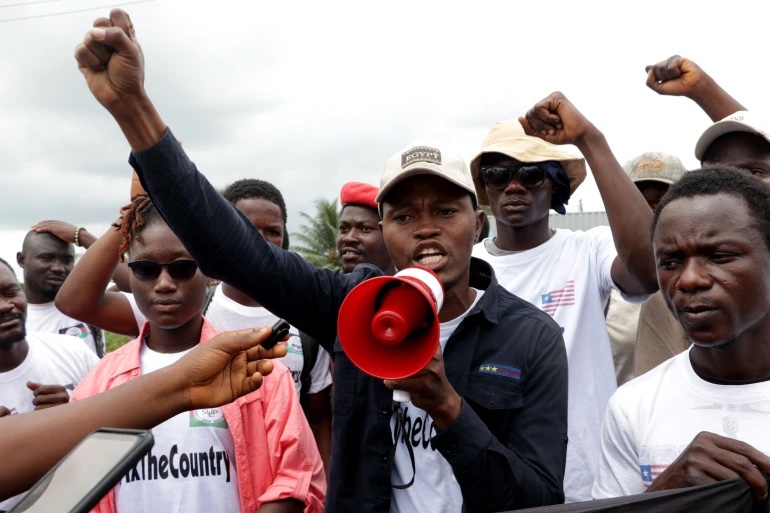 The police and military are being replaced by thugs as weapons of violence to build a veil of deniability.

Autocratic regimes in Africa don’t change their stripes. They do, however, try and disguise them.

For many years African dictators and autocrats relied on the police and other security forces – who used brute force against opposition supporters – to suppress dissent, eliminate critics and consolidate their grip on power.

From Kenya in East Africa to Liberia in West Africa, police organisations have traditionally been known to help dictators in rigging elections, crushing public demonstrations and abducting members of the opposition and civil society. Zimbabwe under Robert Mugabe became notorious for this ever since his ruling party started facing serious political opposition from the turn of the century.

Yet the rise of human rights organisations and their documentation of these practices have helped to pressure African governments, while also informing decisions on foreign aid, sanctions and other dimensions of international cooperation.

The response of Africa’s autocrats? Police brutality, while still an effective instrument of repression in many countries, is being tactically replaced or aided by a more devious and cruder devise: thuggery. It’s a shift in practice that the international community must recognise, monitor and adapt to, if governments they share aid with are to be held accountable.

In Liberia in July, and in Nigeria and Guinea in recent years, we have seen governments use street goons against members of the opposition. These thugs are often more vicious than even the police, are difficult to trace and allow governments deniability in ways that makes it very hard to hold anyone responsible.

During an organised protest by a student group in Liberia on July 26 against the rising cost and declining standards of living, groups reportedly associated with the ruling party brutalised the students. Many were wounded badly.

Similarly, during a mass citizen’s demonstration in October 2020 demanding that a rogue police force in Nigeria called the Special Anti-Robbery Squad or SARS be disbanded, the Nigerian government reportedly hired thugs who violently attacked the protesters.

The typical reaction we see from governments after these events is to condemn the violence and distance themselves from the thugs, promising to bring perpetrators to justice. However, as these goons largely focus on disrupting anti-government demonstrations and targeting opposition figures, their role as shadow warriors for undemocratic regimes should be evident to all neutral observers.

Governments have a ready pool of recruits to tap into, as Africa’s youth continue to battle poverty and economic uncertainty. In Liberia, the “Zogos”, as delinquent youth and petty street criminals are commonly called, are frequently seen at political rallies and demonstrations. Instead of addressing the policy failures that are driving these young people into drugs, crime and thuggery, Liberian politicians have instrumentalised them as an effective weapon against their political opponents.

To understand the effectiveness of this strategy, consider two instances in recent months. In May, Human Rights Watch rightly criticised Burundi’s security agencies for a violent crackdown on opposition members. However, the global community is yet to respond forcefully to the July 26 attacks on protesters in Liberia.

Human rights organisations and pro-democracy movements across the continent and beyond must closely watch this trend. Rather than accepting feeble statements from governments that distance themselves from violence and issue weak-willed promises of “enforcing the law”, they must hold them to account for not protecting demonstrators from thugs.

The very fact that governments in Africa have changed their tactics against opponents shows that such efforts to hold them accountable can be effective in impacting access to foreign aid and international support for oppressive regimes.

Autocrats will always look for new ways to target critics. It’s important for activists and human rights organisations to stay one step ahead of them, in order to demand – and secure – justice.