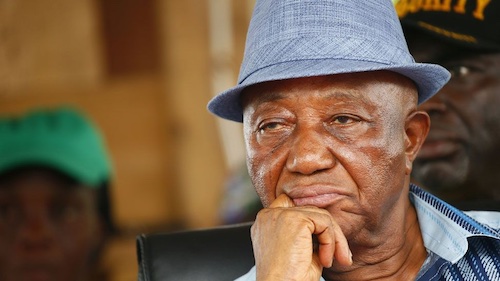 A pressure group, Liberia Democratic Platform 23 (LDP-23) warns that if former Vice President Joseph Nyumah Boakai is contemplating on pick a running mate from within Unity Party for 2023, it would be dangerous and politically risky for him.

Amid growing anxiety and frustration amongst Boakai’s supporters, coupled with rumors that the UP Standard Bearer may select Bong County Senator, Prince Kermue Moye as running mate, the LDP-23 says such decision has the propensity to destabilize the opposition community and derail Ambassador Boakai’s presidential bid just as in 2017.

In a statement, the group notes that Senator Moye’s selection could cause a massive loss of support from both the Liberty Party (LP) of Senator Nyonblee Karnga-Lawrence and the All-Liberian Party (ALP) of Benoni Wilfred Urey, considering that since the disintegration of the Collaborating Political Parties (CPP) in February 2022, both Karnga-Lawrence and Urey have maintained their support for Boakai and his Unity Party.

According to the LDP-23, both Urey and Karnga-Lawrence are interested in being running mate to Boakai, and to shun them in favor of Sen. Prince Moye would be a sheer display of selfishness, ingratitude, and could spell disaster for the former Vice President and the UP.

It claims that sources from both the ALP and the LP have hinted that the two parties and their supporters would become very reluctant in supporting JNB next year if he went that route, which could give his opponents an advantage and eventually bring about his second defeat against President George Weah.

It stresses that selecting a viable running mate will be a major deciding factor in how JNB performs in the 2023 presidential election, so such a crucial decision should not and must not be delayed or made on selfish political grounds.

The LDP 23 also reminds Amb. Boakai of the shortness of time in selecting and announcing a formidable and sellable running mate, to avoid the same fate that befell him in 2017 when he delayed in reaching a decision on this matter, something, it observes, was heavily used against his campaign.

It says over the past few weeks, Sen. Prince K. Moye’s name has been surfacing as an option for JNB on the Unity Party’s ticket, and that it is clear that the public will heavily critique whomever Boakai selects as running mate, as Liberians are getting more and more sensitive to the reputation and character of those serving in the public space.