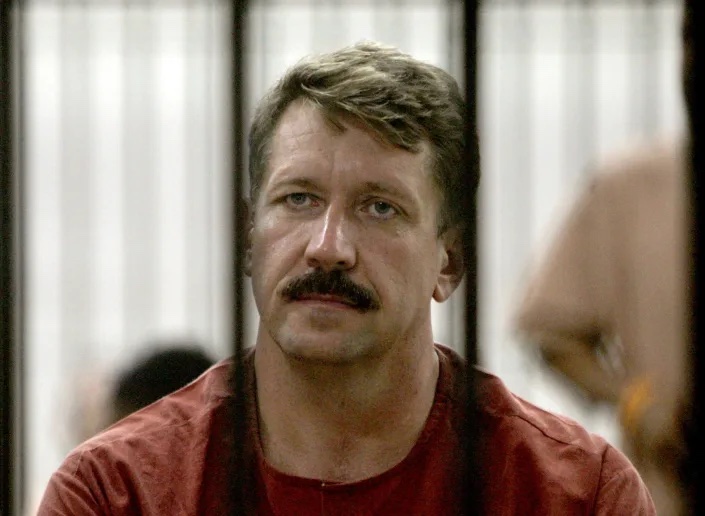 In the 2005 Nicolas Cage movie “Lord of War,” the character loosely based on Russian arms dealer Viktor Bout evades his American law enforcement pursuers, apparently saved by the CIA.

But in real life, the U.S. government set up an elaborate operation in 2008 to capture and prosecute Bout, dubbed “the Merchant of Death,” because he was said to be one of the world’s largest illicit arms dealers.

Now, his U.S. lawyer says, Moscow wants to exchange him for an American held in Russia — possibly basketball star Brittney Griner, who is on trial on drug charges that could land her a long prison term.

The potential exchange has sparked a debate over whether the U.S. should give in to blackmail, given the disparity between the case of Bout, who was lawfully convicted of serious crimes, and Griner, who faces a stacked Russian justice system and is considered by U.S. officials to be a hostage. Zissou says it is possible Paul Whelan, who has been jailed in Russia since 2018 on what his family says are bogus spying charges, could also figure in the deal.

“I would take that trade,” said Michael McFaul, a former U.S. ambassador to Russia. Under federal sentencing rules, Bout could be released from prison in five years.

Bout, 55, was sentenced to 25 years in federal prison in 2012 after he was convicted of selling arms to Colombian rebels, which prosecutors said were intended to kill Americans. The Russian government has been demanding his release ever since, saying he was unfairly targeted.

After the sentencing, Attorney General Eric Holder called Bout “one of the world’s most prolific arms dealers,” while the U.S. attorney in Manhattan, New York, Preet Bharara, said he had been “international arms trafficking enemy number one for many years, arming some of the most violent conflicts around the globe.” Amnesty International says he sold arms to sanctioned human rights abusers in Angola, Liberia, Sierra Leone and the Democratic Republic of Congo.

Bout, a former Soviet military officer who became rich as an arms dealer, has always maintained his innocence.

Experts are not certain why Moscow wants him back so badly. Some U.S. government officials have said he had links to Russian intelligence.

The Russian state news agency Tass even reported in May that “talks were underway” between the U.S. and Russia about exchanging Bout for Griner, but no U.S. official has confirmed that.

After years of U.S. pursuit, the Drug Enforcement Administration ensnared Bout in an elaborate sting, with agents posing as Colombian rebels whom the U.S. had designated as a terrorist organization. After they consummated a huge weapons deal in a Bangkok hotel room, Bout said, “Gringos are enemies,” according to an account of the sting in a 2012 article in The New Yorker. “For me, it’s not business — it’s my fight.”

Moments later, armed agents burst through the door and arrested him.

Zissou says the whole operation was unfair, because Bout had been retired and living in Moscow.

“But for the approach made through this determined sting operation, there is no reason to believe Bout would ever have committed the charged crimes,” she said at sentencing, where she gave him the mandatory minimum.