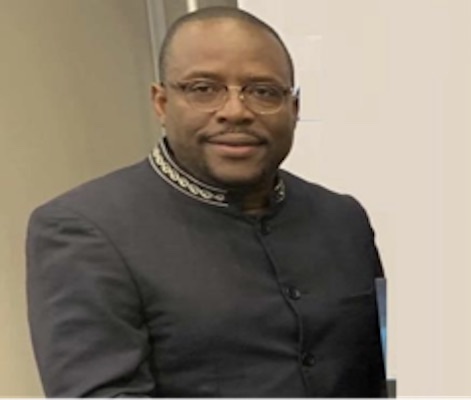 A former senior official of the Weah-led administration has revealed that the three auditors that died in 2020 were murdered because of several damning reports, especially concerning the National Port Authority.

The deceased, Emmanuel Barten Nyeswa, Director General of the Internal Audit Agency (IAA), as well as Albert  Peters and Gifty Lama, who were both employees of the Liberia Revenue Authority, were killed mysteriously.

“Stanton, what I said here tonight is what I will stand by. I was one of the last persons who saw Barten Nysewa and I don’t believe Barten went out to drink, get drunk, can’t even get back to his house. Based on what Barten told me. What I saw in Barten’s hand. I believe that Barten Nysewua was murdered,” Eugene L. Fahngon said on Spoon Talk Live.

Fahngon, who served as Deputy Minister at the Ministry of Information, Cultural Affairs and Tourism, said the day before Nysewa died, he had visited him in a basement to show an auditor’s report prepared for Nathaniel McGill, former Minister of State for Presidential Affairs. However, McGill was busy and asked him (Nyeswa) to come back.

“It was a folder, the under part was blue but there was plastic and the top part was plastic… It was an audit report, he confirmed to me, and that what was in the audit report was damning,” he said.

“I went and told McGill that Barten was there and Barten said he had an audit report. McGill said to let him wait, he was dealing with people.”

According to him, the next morning, while on a walk with McGill, somebody called to inform them that Barten was dead.

“How it happened, they said he fell, from the initial report we got. I was asked to go and announce stupidity. That’s what I will call it here today, and I said no, there has to be a report. The police have to give us initial findings on what happened, and what didn’t happen. We have to know. But McGill was very disturbed we didn’t end our walk.

“Why will Barten Nysewua go to D’Calabash and get drunk to the point where he can’t walk? Who drove him home? That question today cannot be answered. When Barten left his house to go to D’Calabash with his friends he left behind. When [did he come] back to his house and climb the steps? Who carried him up the steps? He walked if he was not drunk. Barten, who is Barten who got his own house, doesn’t know where the bathroom is?” Fahngon posited in a string of investigative questions.

“As a spokesperson when you put together the pieces, it does not make sense. He has lived in that house forever. No matter how drunk he was, who would have put him in the room if he was that drunk,” Fahngon wondered.

He added that Gifty Lama and Albert Peters were working on another damning report, and after their death news broke out, president George Weah attributed the cause of their death to “boyfriend and girlfriend business”.

Such explosive revelations by Fahngon, a key insider from the ruling party, appear to confirm widely held speculations held by the families of the deceased as well as the general public ever since the deaths occurred.

It did not help that President George Weah stood on the altar of his Forkayklon church and made sweeping allegations about an extra-marital affair between Peters and Lama.

During his time as Deputy Information, Fahngon vehemently defended the administration’s policies, activities, and decisions through his regular social media podcast, ‘Facts vs Fiction’.

Now, speaking freely from his abode in the United States, the former Weah apologist has lately been extremely critical of the administration he once defended, calling out its flaws, missteps, and disregard for the nation’s suffering masses who brought Weah to power.

With barely nine months to presidential and legislative elections, many believe Fahngon’s revelations could hurt Weah’s reelection bid if such information is verified and amplified by opposition politicians.

“They were working on a very damning report from different entities including the Port being the main one,” Fahngon said of Peters and Lamah. “I have a couple of questions to ask but the truth of the matter is, if two persons sat in a car and the windows are up and there was no air coming in somehow (only carbon dioxide) how is it possible that somebody sitting in the car will not know that they are choking — two persons sitting in a car? How is it that they will not be able to bring the windows down?”