The world has a garbage crisis. All nations generate an estimated 1.3 billion tons of garbage annually, and that number is expected to grow in the coming years. The United States, China, Brazil, Japan, and Germany account for the largest proportion of garbage generated, according to an LA Times story written by Ann Simmons. Overpopulation, urbanization, industrialization, the lack of regular trash collection and disposal are key drivers for the surging garbage crisis.

What we are seeing in Monrovia, the capital of Liberia, where garbage is swallowing up major streets and markets in Duala, West Point, Paynesville and other key parts of the city, is not an uncommon phenomenon; it is prevalent in Mombasa, Kenya, Lagos, Nigeria, and Beirut, Lebanon. The causes of this phenomenon cannot be separated from overpopulation, the lack of regular garbage collection and proper disposal. Monrovia was built to host less than 600,000 people. Now, more than 1.2 million people inhabit the city. The infrastructure (roads, sanitation, sewer system, electric grid, etc.) was built with limited consideration for population growth and urbanization. In addition to population dynamics, the lack of individual responsibility, the lack of a trash management system, limited or nonexistent regular trash collection and disposal, the unsustainable fix or Band-Aid solution that obscured Monrovia’s garbage crisis in the last 13 years is now visible. 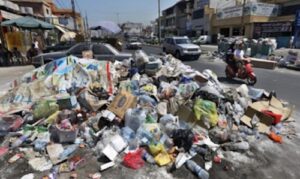 Liberia has to look within for solutions to this crisis. The country has to develop the inclination to pay the cost of cleaning after itself. Everyone pays for the cost to make phone calls. Everyone pays for the energy that lights up his or her home. Everyone pays for water for household use. Therefore, deferring the financial responsibility to clean up our waste to the sympathies of international donors is a poor strategy. Just as we pay for every other service we enjoy, let’s pay to clean up our waste. The longer this crisis stays unsolved, the greater the risk it poses to human health and the environment.

Impact on human health and the environment

Exposure to bacteria and viruses

Open-air garbage exposure as seen in Monrovia today provides the perfect habitat for insects, bacteria, and vermin. The flies, rodents and stray dogs that scavenge the garbage sites also roam the neighborhoods. They come in contact with your food and water sources thus increasing the risk of contracting diseases like typhoid fever, enteric fever, food poisoning, gastroenteritis, and other illnesses.

The raining season compounds the health risk as well; garbage and liquid waste are flushed into waterways and drainage system which then seep into wells that serve as sources of drinking water in most communities in the city. The risk of contracting cholera, a bacterial disease that causes severe diarrhea and dehydration, increases as stormwater contaminates drinking water. The ecosystem is also affected as other hazardous household and commercial wastes enter nearby rivers and streams, poisoning water animals such as fish, crabs, scrimps, snail and “kiss meat.”

Extreme caution must be taken to protect Monrovia City Corporation’s staff who will be handling any cleanup efforts. They risk contracting skin and blood infections through existing wounds and from the bites of animals feeding on the waste. Broken bottles, sharp objects, and other hazardous waste are potentially risky to waste collection staff.

Not only does the garbage emit bad smells, it also pollutes the air with toxic substances such as nitrous oxide, carbon dioxide, and methane. Breathing these substances can cause various respiratory diseases such as Chronic Obstructive Pulmonary Disease (COPD), common cold, asthma, acute lower respiratory tract infections, and lung cancer. Children and the elderly are most susceptible to the derivatives of air pollution.

Visitors and tourists like to visit clean and beautiful places to have fun and create memories. The beautiful the sites and scenes, the more money visitors and tourists will spend. That creates a huge benefit for local businesses and helps employment. On the other hand, a smelly city with piles of garbage all over the place is a repellant for both tourists and investors.

Liberia should use this garbage crisis and experience to create an efficient waste collection and management system. Do not wait until a molehill grows into a mountain.

About author
Taiyee Quenneh is an adjunct professor of public health at Ashford University
He can be reached at Taiyee.Quenneh@Faculty.Ashford.edu. 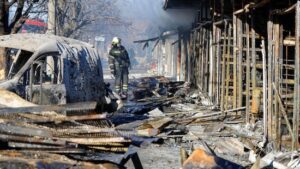 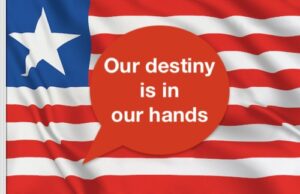 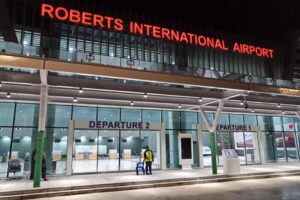 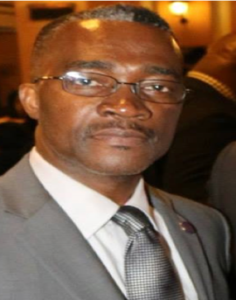