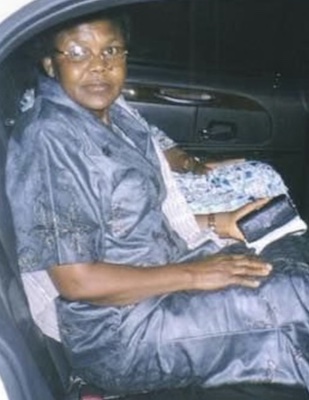 While the news brought immediate sadness and tears, our family has been blessed to have had her in our lives. No words could ever relay how generous, kind, fun and forgiving she was. At an early age she was baptized at the First United Methodist Church Owen grove District Grand Bassa County now known as the A.D Williams Memorial United Methodist Church Owensgrove where she embrace Christianity. She later transferred to S. T. Nagbe U.M.C until her death. She was the life of the party. Even now we can hear the echo of her laughter and those back in the days stories.

There are no goodbyes. Wherever you’ll be mama, grandma, great grandma, Sister Aunty Parthenia, you’ll be in our hearts. Sleep well until we meet again. Her remains will be removed from the Samuel A. Striker Funeral Parlor in Monrovia on April 9, 2021 at 4pm and taken to the S.T. Nagbe United Methodist Church in Sinkor Monrovia for wake keeping and funeral services:

COVID-19 restrictions will be observed in the Church & Repast.