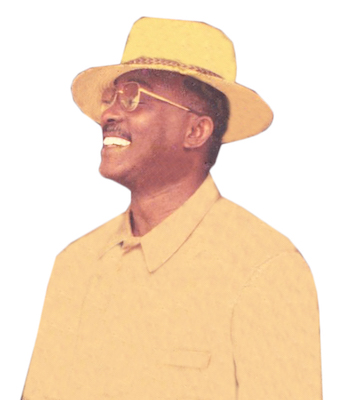 Johnathan Nyanquoi Bee Dunbar, son of George Augustus Dunbar and Gbetti Bee is dead. He died on Tuesday January 19, 2021. He was born on July 22, 1952 in Palala, Bong County.

JNB and several of his childhood friends entered Cuttington University (then Cuttington College & Divinity School) at Suacoco, Bong County in 1973; and in 1976 he graduated with the B.Sc. degree in Business Administration. Shortly after graduation from Cuttington, JNB was employed with the National Port Authority where he advanced himself in the fields of port operations and management and spent a career of employment in those disciplines.

While at the National Port Authority JNB underwent advance level training program in Port Management in Belgium; he also underwent professional shipping training program in Norway; and he was seconded to the ports of Lagos, Nigeria, Accra, Ghana and Abidjan, Ivory Coast for Port Management training in West Africa. During the years of his employment with the National Port Authority, JNB worked at the Free Port of Monrovia, the Port of Buchanan, Grand Bassa County and the Port of Greenville, Sinoe County until he was honorably retired. Because of the high quality of his services, even after retirement from full-time employment with the National Port Authority, JNB had several short-term contracts with the Free Port of Monrovia.

JNB was married in 1982 to Ms. Maima K. Giddens; which union was blessed with two (2) children, but later ended in a divorce. He is survived by his former wife (now Mrs. Maima Giddens) and six children, namely: Yvonne, Mbete, Princess (Bill), Korto, Jonathan Dunbar, Jr. (a.k.a. Jake Boy) and Medlyn. Some of them are residents of the United States and some are residents of Liberia. JNB is also survived by several grandchildren and a host of brothers and sisters, nephews, nieces and cousins in the diaspora and in Liberia. JNB was such a loving and caring parent, relative and friend; his demise is a great loss to everyone who was acquainted with him.

For funeral arrangement, there shall be a one-hour Christian service at the Chapel of the A.B. Anderson Funeral Home at 4pm on Friday January 29th, 2021. Rev. James F. Cooper, Sr. of the E.J. Goodridge Methodist Church of Bannersville; where JNB was a life-long member, shall officiate. JNB’s mortal remains shall be taken from the funeral home at 6 am on Saturday January 30, 2021 for internment at the Dunbar Family farm in Palala, Bong County.

Due to COVID-19 there will be No Repass. Light refreshments as “take away” will be given to those who attend the Internment at Palala.