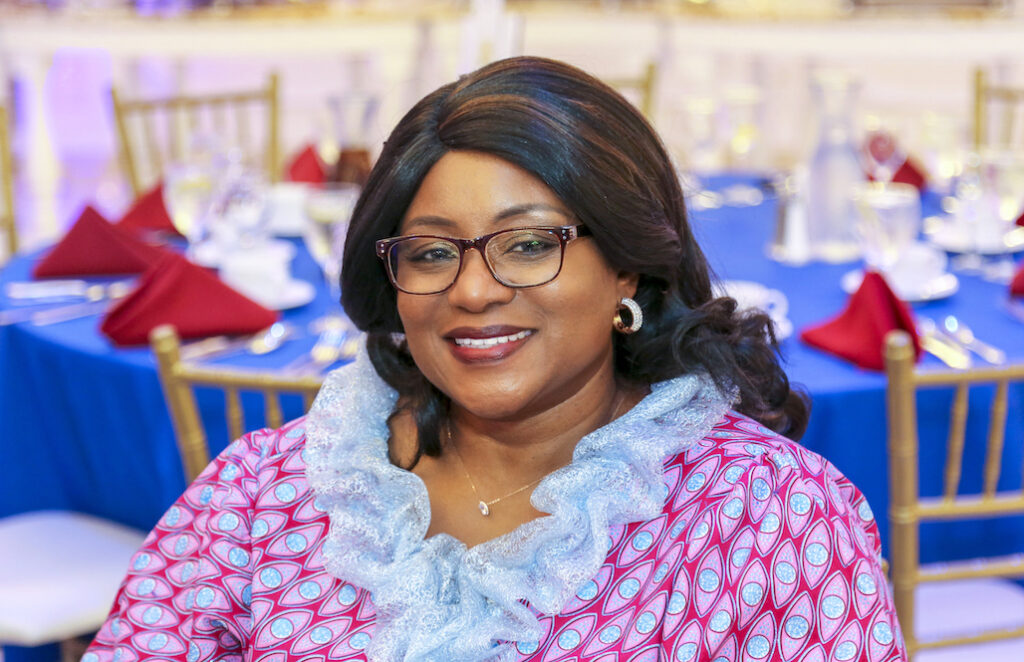 Kathleen Philippa Cole, a native of LAMCO Yekepa, Nimba County, Liberia was born on July 13, 1958, unto the union of Mr. Christopher T.S. Cole and Mrs. Beatrice Princess James. Kathleen can be described in two words, Iron Woman. She was the epitome of the strength and beauty of steel, forged to give strength and beauty to all which surrounded her.

Kathleen’s education began at Area C primary school in LAMCO Yekepa. She then attended St. Mary’s school in Sanniqulle, Nimba County. From 1976-1977, she attended the Lutheran Training Institute and in 1980, graduated from Booker T. Washington Technical Institute where she excelled in sports and showcased her musical talents.

Upon graduating from BWI, she began her career as an Executive Secretary at the Ministry of Public Works in Liberia where she met, fell in love with and married Mr. Ervin Henrique Brooks, Minister of Public Works. Their union was blessed with one child, Levee. In 1982, Kathleen emigrated to the United States seeking higher education and an independent life.  After graduating Cum Laude with a Bachelor of Arts from Prairie View A&M University, she began a career in payroll management at East Orange General Hospital. Her persistent pursuit for higher learning and career advancement next led her to Fairleigh Dickinson University, where she obtained a Masters in Business Administration. Thereafter, she advanced her career in Payroll Management at Doremus. Most recently she rose to the ranks of Assistant Vice President for Payroll Management & Human Resource Services at Sirius Group.

In her early years, Kathleen was a leader and organizer for Girls Auxilliary at Mount Nimba Baptist Church. She was a shining example of and a powerful force for her alma mater, BWINAANA and most recently served as president of the New Jersey chapter of the alumni organization. She is a member of BWI LAWANA Christian Fellowship and Gospel Chorus. Throughout her life Kathleen mentored young adults, served 25+ years at Calvary Baptist Church in East Orange, NJ in multiple capacities ranging from church Treasurer to Deaconess, and most recently as Chairman of the Board of Trustees. It’s this steadfast belief in stewardship for others and philanthropy that led to her founding the International Women’s Project, a non-profit focused on empowering women through service to underprivileged communities, women and children in the United States and Liberia, West Africa.

Kathleen was not just a leader and trailblazer throughout her life. She was an innovator; and designed a patent-pending novel baby monitor for parents who are hearing impaired. Her strong belief in education and youth programs led her to recently acquire 10 acres in the community of Mehmeh township, Brewerville where she was planning to construct a community center and library for children.

Kathleen was the matriarch of her family, a dedicated servant of Christ, a steadfast steward for her community and the most exemplary ambassador for her community.  She was humble, but yet a force to be reckoned with. She was compassionate, yet stern when someone needed a bit of real-talk. She was generous with her time and talents, and yet never asked for much. Except if a thing had to be done, it had to be done the right way!

Kathleen Phillipa Cole passed away peacefully at 3:35pm on September 19, 2022 at Memorial Sloan Kettering Cancer Center in New York, NY, surrounded by her family. Left to mourn her loss are her son, daughter-in-law, grandchildren, brothers, sisters, nephews, nieces, god-children and a host of extended relatives and friends. May the soul of our dear sister, mother, grandmother, aunt, friend and mentor, as well as the souls of all those who have departed this life, rest in perfect peace.