The night is humid and pitch dark. Malaria-carrying mosquitoes are buzzing as if a call to formation. Birthing mothers scream in the distance from deliveries absent anesthesia. Former child soldiers now full-grown men aggressively sharpen their machetes on pavements in preparation for the nighttime exploits. Malnourished citizens tremble behind prison styled iron barriers in anticipation of a long and eventful night – self-defense murder is the justification that eases the mind of the trapped. The growling of empty stomachs is the only reminder of a life that is soon to be snatched away by hunger, childbirth, disease and the effects of a kleptocracy. Potbelly government officials feast on roasted pork in massive mansions and drink imported champagne under cool and well lite conditions, mostly financed with embezzled funds. The contrast between both worlds could not be any sharper!

Monrovians awake to bodies left from the night’s “encounters”, the usual stench from heap of garbage scattered all on over this shanty town, combined with the free flow of open sewers in the middle of this confused concoction masquerading as a city are mixed and stirred up by the cool ocean breeze. Monrovia is once again spread wide open ready to be vigorously used like an intoxicated prostitute who has agreed to a negotiated price. The entire country is near a climax as if to rapture, not in ecstasy, but something resembling the Arab Spring! On the other hand, corruption and impunity readorn their crowns and make ready to continue their misrule over a gullible society! “Zon na zon”; day na break!

Consequently, when a people have lived with the aftermath of corruption and impunity for so long as in the case of Liberia, it is almost impossible for them to appreciate the adverse effects on their lives or differential between what constitutes responsible public service and what is outright theft! Every form of morality is lost in this distorted political and economic environment; it becomes expected and, in many cases, normalized to steal and expand the sufferings of the people – it is not unusual for some to call corruption a habit, custom, tradition without any realization that it has conditioned them to think this low of themselves. Corruption has completely dehumanized Liberians to such low levels that they believe their oppressors should be worshipped – it is like Liberians are in an induced stupor.

What is corruption? Why is it important that people understand exactly what seems like an uncontrollable phenomenon? The reason is simple. How can we address something that we do not understand? Think bribery, criminal lobbying, public extortion, cronyism, Ellen Johnson Sirleaf-style nepotism, entrenched pay to play backdoor dealings, patronage, multi-national influence peddling, graft, embezzlement, judicial manipulations, etc.

Political monopolization, weak level of civil participation and the lack of political transparency, unnecessary bureaucracy coupled with ineffective administrative infrastructure, poorly educated press and low economic freedom, and the reluctance of the population to hold their officials to account, are all contributing factors to corruption. The vexing part here is, the very people who are being exploited will never understand this unless by some miracle, they blowtorch their way out of this iron bubble that these government thieves have built around the Liberian people!

The list goes on, but they all can be tied back to one of the above listed reasons. Corruption comes about when a people have been denied a sense of self-worth and are reluctant to stand up to their oppressors, are poorly educated; and when citizens cannot self-actualize here at home. Corruption forces them especially women to travel to faraway places where locals naturally hate them, to be brutalized under slave like conditions. Think Oman, United Arab Emirates, Saudi Arabia and nearly every other state in that region. Gullible and exploited people accept and celebrate official theft because they do not know any better; they stray far away from their religious principles, traditions and customs that held that society together.

Corruption forces people to only think about themselves, not realizing that their true wellbeing lies in the protection of the entire group, especially for those who have been authorized to do just that. Government officials now confuse stealing from the group as a means of increasing their own protection – in actuality, the opposite is truer. What they do not understand is that the group will eventually come for what is truly theirs. The puzzling question is: What has taken Liberians so long to get angry and stand up against their oppressors, stop their suffering and demand what belongs to them?

Moreover, corruption brings about several immediate consequences to any society that promotes and protects it: It diminishes the value of that society; breaks down every governing institution, keeps away investments and the free flow of capital, hinders foreign trade and limits aid, stagnates official growth, widens inequality and decreases government expenditure while creating a shadow economy where crimes flourish. Consequently, corruption undermines the integrity of institutions and distorts policies and national priorities. It becomes like a spreading cancer destroying everything in its wake, damaging the legitimacy of the very government that encourages it; it erodes public trust in public institutions. Corruption is like a two-edge sword; it cuts down both the government and the people.

There are several categorizations of corruption, namely “supply versus demand corruption, grand versus petty corruption, conventional versus unconventional, and public versus private corruption”. All these forms of corruption affect society in a negative way, howbeit at varying degrees. In the words of Linda Thomas-Greenfield, former Ambassador to Liberia and now the United States Representative on the United Nation’s Security Council, “Corruption steals the future of our kids; it denies Liberia it’s proper place in history”! The root causes of poverty in our country are not just the denial of basic services however, rather, they bring about inequalities like official discrimination in the administration of public services, poor governance, the lack of responsible oversight, exploitation, increased crimes rates and extremism, poor educational system and higher dropout rates among the most vulnerable, etc. Corruption and impunity create Zogos even in the legislature!

Furthermore, corruption and impunity undermine sustainable development, increase failures in infrastructure development, economic loss and reduce governance capacity; public and private sector dysfunctionality, including an ineffective judicial system that operates like a crime syndicate. Graft misallocates talents and takes the least prepared and puts them into technical public roles knowing they cannot deliver at said positions thus killing the entire society from within! It forces the country best and brightest talents to migrate, further weakening the system. Corruption is an art of intentionally compounding chaos and suffering.

Conversely, Liberia is not a poor country. In terms of natural resources, we rank in the top tier of countries that should be one of richest in the world. From having two types of gold deposits, greenstone and alluvial deposits to nearly 600 gold occurrences throughout the country. Liberia has a geological formation that is favorable for a wide range of medal and industrial minerals including gold, iron ore, diamonds, base metal bauxite, manganese, fluorspar, kyanite, and phosphate (British Geological Survey).

Our soil was anointed by God’s own hands, capable of growing almost any crop on an industrial scale! A large virgin forest when compared in proportion to any in the world. Our water ways are second to none. With all these blessings, why are we poor, weak and insignificant? The answer is simple: Corruption, impunity, mismanagement and the people’s unwillingness to fight back against these vices!

Our leaders are given carte blanche authority to do as they please: steal, rape, murder and destroy everything of meaning without consequence! We are poor because we have chosen to be poor not because we are not a blessed country. We still have time if we choose to get serious about building independent institutions now to protect what we have left; rent-seeking or selling our resources for a small fee has never developed anywhere, neither will it ever develop our country. Liberia must change this. Read “Institutional Governance is the only Hope to Develop Liberia” or “Close the mines in Liberia – All of Them” to learn how institutions can solve most of our societal problems.
See an overview of Liberia’s mineral graph below. Notice the listed minerals.

Liberia is not a failed state by coincidence; it’s a state that has been pushed towards failure by the very officials who have been entrusted with the authority to protect the interest of the people. The consequences of corruption and impunity do not transpire by happenstance, they are a calculated, criminal design meant to manifest the ills of society commonly seen in the Third World: poor sanitation, low life expectancy, a majority hungry and sick population, low levels of literacy, high infant mortality rates, political instability, high unemployment, etc. These results will still manifest even if the government criminals are not educated enough to be cognizant of what they are doing to their own people.

The outcomes of corruption and impunity do not stop with the current generation who is complacent in them; these vices extend far into the future, affecting every succeeding generation until they are halted by responsible governance. It is like an avalanche that keeps building up and accumulating in strength and debris until it’s stopped by a stronger, counter force that is purposeful. The question now becomes: when are we going to muster the strength and collectively fight against this evil that has plagued us for so long? The answer has always been with us: A push back with the full might of the power and will of the people!

About the Author: Mr. Dualu is the author of a series of articles that present solutions to Liberia’s many socioeconomic problems. Some of those articles include: “Common Sense Economics for Liberia”, “A Guide to Leveraging Liberia’s Resources to Lift the Pro Poor Agenda”, and “Restart Liberia and Build a New Foundation”. The author works as a financial professional out of Massachusetts. 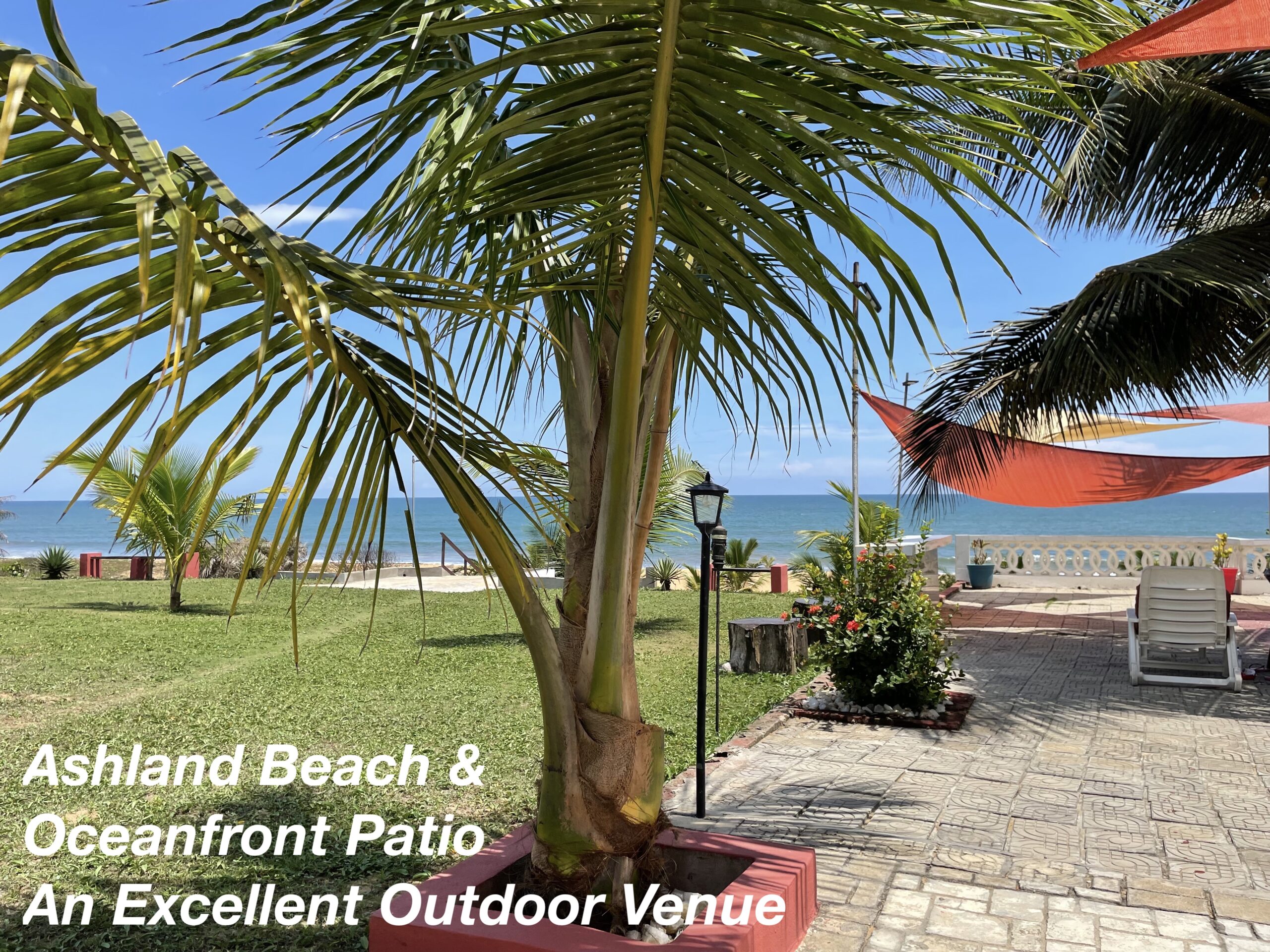 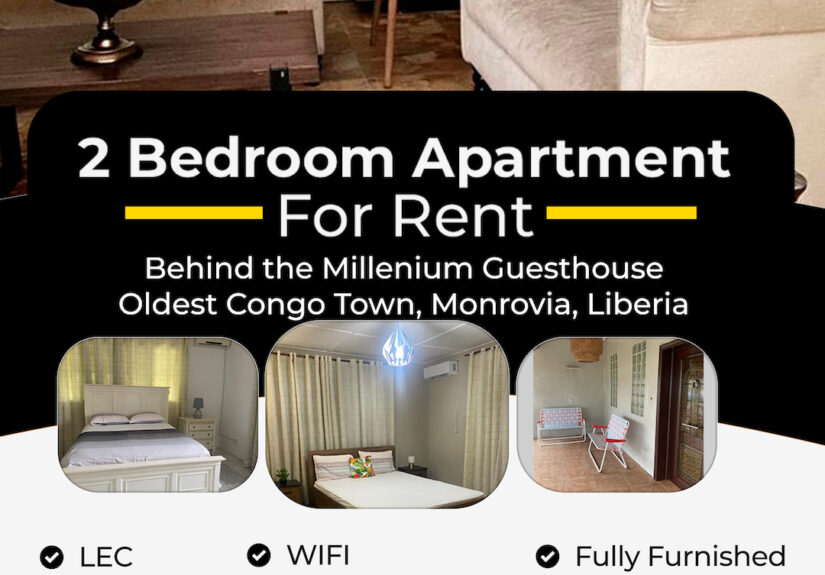 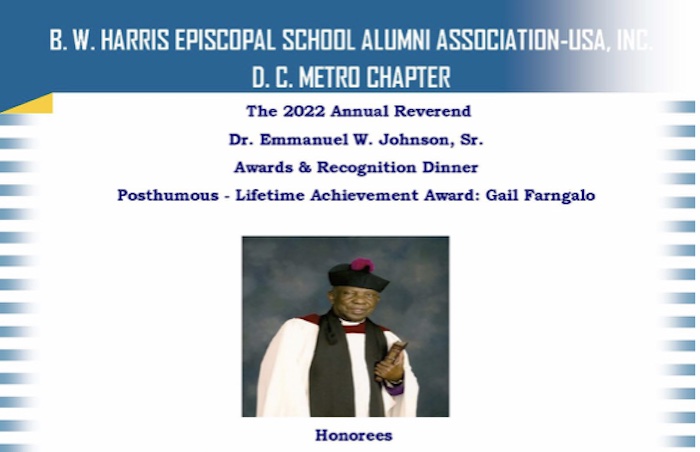