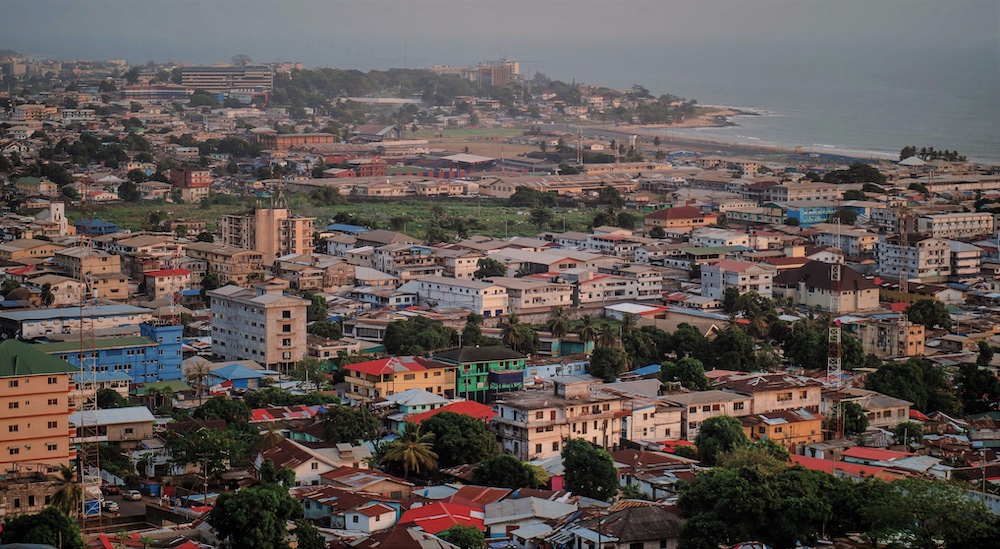 I lived in Northern California for over 30 year, served as president of the Liberian community and experienced numerous earthquakes, including the devastating 1989 San Francisco Loma Prieta earthquake. For the record, an earthquake is the shaking of the surface of the Earth resulting from a sudden release of energy in the Earth’s lithosphere that creates a seismic wave.

On Monday, the 15th of August 2022, a devastating political earthquake occurred in Liberia, when the mother country of our republic – the government of the United States, through the Treasury Department sanctioned three senior and extremely powerful Liberian government officials, including President George Weah’s Chief of Staff, for what it says is their ‘ongoing involvement in public corruption.’

This is a national disgrace! For the first time in our nation’s history, a foreign government has imposed sanctions on the President of the Republic of Liberia’s Chief of Staff, Nathaniel McGill, Liberia’s Chief Prosecutor Sayma Syrenius Cephus, and Liberia’s Chief Gateway Manager, Bill “Gbekugbeh Jr.” Twehway, the Managing Director of the National Port Authority. Taking into account the US far reaching global influence and the historical link between the United States and Liberia, it would be extremely difficult for these three officials to maintain their respective positions.

The vast majority of the Liberian people, including myself are in total agreement with the decision of the America government. However, I would have hopped that the US would have also gone after members of the Ellen government including her son Robert Sirleaf, who enriched themselves at the expense of the Liberian people. The Liberian people are still being victimized by the terrible legacy of President Ellen Johnson Sirleaf, when she institutionalized corruption (bribery) at the National Legislature and in the general public consciousness. Bribing lawmakers to confirm her nominees, pass bills, and to ratify concession agreements was the acceptable norm during her administration.

I hold the Weah government responsible for not proactively calling on the experts – the financial experts – to investigate and go after those extremely corrupt officials of the Ellen Johnson Sirleaf government. I certainly would have volunteered my professional services to my country in the battle against corruption.

The sanctions block the three senior government officials from accessing the U.S. financial system, freeze any of their U.S. assets, and bar Americans worldwide from dealing with them.

“Through their corruption these officials have undermined democracy in Liberia for their own personal benefit,” Brian Nelson, Treasury’s Under Secretary for Terrorism and Financial Intelligence, said in a statement.

The designations “demonstrate that the United States remains committed to holding corrupt actors accountable and to the continued support of the Liberian people,” he said.

These targeted sanctions like those authorized under the Global Magnitsky Act and similar programs can hold accountable the world’s worst human rights abusers and corrupt actors.

The Liberian people will support the president in whatever decision he makes in this extremely serious matter. However, other are saying that It is important for President to ask for the resignation of those officials or fire them outright to retain a modicum of respectability. Perhaps, they’re awaiting the final outcome of President Weah’s actions, not just the cosmetic suspension he has issued.

May God bless us, strengthen, encourage and uplift us as a body and as a nation this day and in the days ahead.

January 16, 2023 52
From Ghana, With Love: The Next Generation Of Cultural Diplomats Connecting Us To The Continent