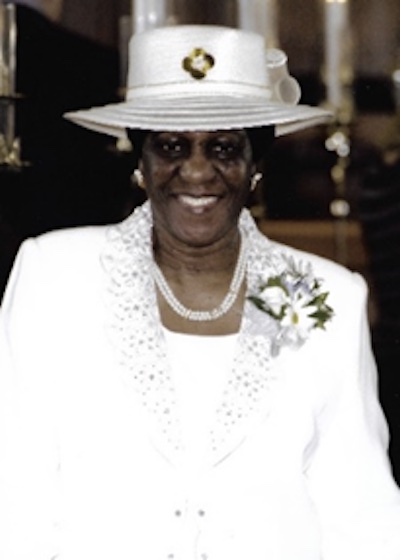 Martha Velma (Zinnah) Moulton Tarlue, age 80 of Virginia, went to be with her loving parents and siblings on Thursday, September 15, 2022, at Emory Hospital in Atlanta, GA, with family at her side. Martha was born on November 22, 1941, in Viginia, Liberia, West Africa, daughter of Robert and Nellie Jean Moulton. In her earlier years she enjoyed a very private life with her siblings. She graduated from the Lott Carey Baptist Mission School, Brewerville, Liberia. She earned a diploma in finance from Monrovia College, Liberia. Aunt Martha spent many years as the Commissioner in the Income Tax Division, Ministry of Finance, Republic of Liberia. After arriving in the United States, she earned a certificate in Child Care and Nursery. She enjoyed being with her children, husband, grandchildren and great grandchildren. She was a true disciple of Jesus Christ. A conversation was never complete without mentioning, “God’s there!” Let’s pray!’’ and “God’s in control, because we’re covered in His blood.” She loved to decorate for the holidays and spending time with the family and friends. Aunt Martha was an avid reader and enjoyed learning, spending time studying the Word of God, cleaning, cooking and baking. She and her entire family were members of Shiloh Baptist Church, Virginia, Liberia. She is affiliated with the Church of the Lord Alladura, and the United Methodist Church.

Hotel rooms blocked out for reservations: