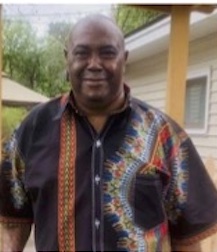 Psalm 34:18 “The Lord is close to the brokenhearted and saves those who are crushed in spirit.”

Revelation 21:4“He will wipe every tear from their eyes. There will be no more death or mourning or crying or pain, for the old order of things has passed away.”

II Timothy 4: 7 “I have fought a good fight, I have finished my course, I have kept the faith…”

The Chenoweth, Armstrong, Hoff and Tarr families announce with great sadness the home-going of our beloved husband, father, grandfather, uncle, brother, cousin and friend. This sad event occurred in New Hope, Minnesota on November 17, 2022. He’s survived by his loving wife of Thirty-seven (37) years, Mardea Tarr-Chenoweth; his children: Cynthia, Mona, Trokon, Tenezee and Crystal, his 7 grandchildren. He was predeceased by his parents John and Hannah Armstrong Chenoweth, his son Emmanuel Jr. aka Nuku.

Emmanuel Julius Chenoweth Sr. graduated from St John Episcopal High School in Robertsport, Grand Cape Mount County and continued his post high school education at Cuttington University College. After his graduation from CUC, he worked at the executive mansion in Monrovia, Liberia as assistant director for the Special Security Service. He also served as coordinator at SOS children village in Monrovia, Liberia and as principal for the Hermann Gmeiner SOS School. He also worked with the Monrovia Consolidated School System for many years teaching at the W.V.S Tubman high school.

He and his family later moved to Minnesota, U.S.A where he worked at the Catholic Charities and as a child coordinator at Children’s World Learning Center. He also served as a Child Social worker for the state of Minnesota.