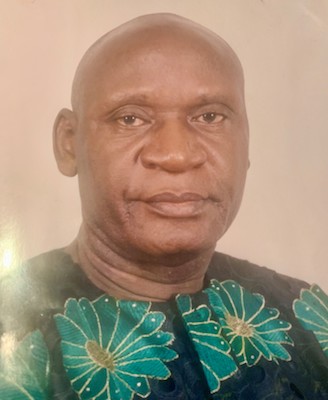 It is with deep and profound regrets that the Johnson, Sesay, Paasewe, Diggs, Caine, Ware and the Good Shepherd Episcopal Church Families announce the homegoing of our father, grandfather, brother, uncle, cousin, friend former Junior Warden and parishioner, Mr. Molley Baimba Johnson of Paynesville, Duport Rd, Monrovia, Liberia. Daddy lost his battle with cancer on February 6, 2021 with his children at his bedside at home in Columbia, MD. He is resting now awaiting that resurrection morning when all the saints who died in Christ will be reunited with Him.

Daddy, Uncle Molley, MJ, Grandpa, Mr. Johnson, as he was affectionately called by many of his family and friends, was a devoted husband to his wife and best friend of 36 + years, a loving father and grandfather to his children and grandchildren, a kind and compassionate brother and friend, an unforgettable neighbor, a great employee and friend to his colleagues at the Lamco JV Operating Company where he worked as a system analyst and Data Processing Section Head for 15 years, Bureau of Maritime Affairs where he served as Assistant Commissioner for Documentation/Records and Director of IT for 11 years until his retirement and a sweet and loving friend to the many that knew him.

Daddy was loved and will be dearly missed as the vacuum his loss has created will never be filled. We will always carry him in our hearts forever. We have consolation with the assurance that he is resting now from all his pain and suffering.

Funeral Arrangements are as follows: