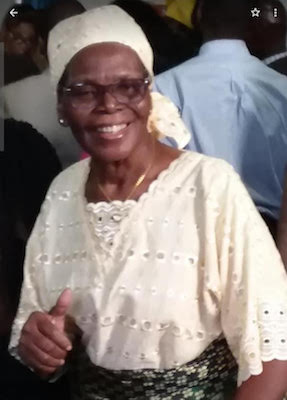 The Browne and Tarlue families are deeply saddened by the passing of their Matriarch, Mrs. Dorothy Browne-Tarlue . She was the fourth of nine children born to Rev.Sammy and Evangelist Jessie Browne in Zwedru, Grand Gedeh County, Liberia.

Dorothy will be missed and remembered for many things but, most of all, her relentless efforts to keep the family united; her Faith; and her no-nonsense attitude that earned her the nickname “Mammy Pepper”. She didn’t know how to sugarcoat anything, called “it as it is “, and was respected for that.

Dorothy was a linguist in her own right, as she spoke five Liberian languages fluently, namely Krahn, Kru, Bassa, Grebo and Via. When asked how she learned all these languages, she would often say, “I’m a poor man lawyer and I must win every case…If I don’t fight for these people, who will. They can’t fight for themselves”.

Due to restrictions imposed by the Pandemic, her public celebrations are as follows:

WAKE-KEEPING:
A memorial service-styled wake-keeping will be held outdoors on Friday, January 29th at 6pm till 9pm within the Red Light Community , Monrovia . An opportunity to attend virtually will be provided ASAP.

FUNERAL SERVICE:
Funeral Service will be held at the J. B. Roberts Funeral Chapel located on Somalia Drive (opposite the Steven Tolbert Estate) in Monrovia, Liberia. The Jehovah’s Witnesses will be in charge of the Service and plans to begin promptly at 12 noon. Private viewing by family only at 11am. A live streaming link will be provided for family and friends to attend virtually.

INTERMENT:
At the Kingdom of Jehovah’s Witnesses Cemetery ( opposite the Chicken Soup Factory off Somalia Drive), Monrovia, Liberia.

REPASS location to be announced at the Funeral Service.

May her Soul and those of our dearly departed Rest In Perpetual Peace.