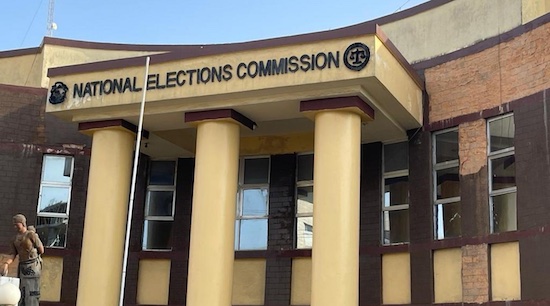 The National Elections Commission (NEC) has released the revised electoral timetable for every component of the 2023 presidential and legislative elections.

The Commission, however, maintained October 10, as Election Day.

The key electoral dates for the 2023 general elections were announced on January 10, 2023, during a roundtable with senior executive members of the political parties and election partners, under the auspices of the Inter-Party Consultative Committee, at the headquarters of the Commission in Monrovia.

The Commission said that the first phase of the biometric voter registration will start on  March 20th and end on  April 9, 2023, and will cover six counties, including Montserrado, Margibi, Grand Bassa, Bomi, Grand Cape Mount, and Gbarpolu.

The Commission named Rivercess, Sinoe, Grand Kru, Maryland, River Gee, Grand Gedeh, Nimba, Bong, and Lofa as the remaining nine counties within phase two of the exercise, which will commence on April 21 to May 11, 2023.

It is being conducted in two phases in order to capture all the eligible voters across the country.

Meanwhile, the candidate nomination period has a one-month time frame, from June 14 to July 14.

“The last day for the issuance of a Writ of Election for the October 10 polls will be July 9,” the NEC said in a statement by its Deputy Director for Communications, Prince Dunbar. Presidential and Legislative Campaign period will begin on August 5 and end on October 8.”

October 25, will be the date for the release of the final and official results of the presidential and legislative elections, the commission said.

The pronouncement of the issuance of the writ of elections comes after four months of struggle to select a vendor out of six companies that applied for the biometric voter registration contract.

In the end,  LAXTON, a Dutch company, was deemed qualified and was selected by the Commission late last year.  Earlier, the Public Procurement and Concessions Commission (PPCC) had initially denied another vendor, EKEMP, which had been previously selected by the NEC as the contract’s first winner.

LAXTON’s selection was therefore challenged by two other vendors, the joint venture between Waymark and Mwetana, as well as the partnership between HID Global and Professional Services International (PSI).

They contested that LAXTON was not next in line among the most qualified companies, but the bid evaluation panel chose the company, ignoring the Commission’s own bid document, which outlined the capacity to pre-finance and a short-time material delivery period, among others, as key criteria for selection.

The NEC stood its ground and defended its decision, noting that Laxton is a well-organized company with the capacity to deliver, even though the company’s qualifications fall grossly short of the NEC’s bid requirements.