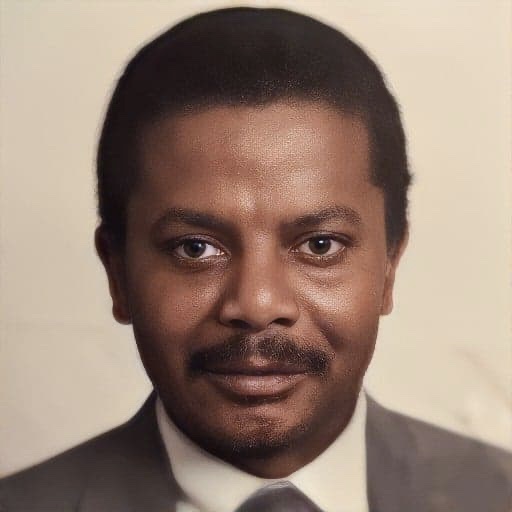 God saw the road was getting rough,
The hill was hard to climb;
He gently closed those loving eyes
And whispered “Peace Be Thine.”

The weary hours, the days of pain,
The sleepless nights have passed;
The ever patient worn-out frame
Has found sweet rest at last.

The Richardson, Tower and Freeman families regrettably inform you of the passing and homegoing of our beloved father, brother, uncle, cousin, and friend, Othello T.C. Richardson. Othello transitioned to eternal glory on June 20, 2022, at his home in Redford, MI where he was surrounded by love.

Othello was born in Crozerville, Liberia. He came to the United States in the mid-1970s, where he pursued his many passions and became a family man.  His love of his home country led him to become one the founding members of the Liberian Association of Michigan, were he served as its first President. He leaves to cherish his loving memory six children, sixteen grandchildren, and host of extended family and friends.

Though we mourn the loss of his physical presence, we rejoice in knowing that he is present with the Lord. In honor of a life well lived, arrangements are as follows:

Resolutions and Proclamations may be sent to: hostdesk@pyefuneralhome.com

If you wish to make a contribution on behalf of the family, donations can be sent to: