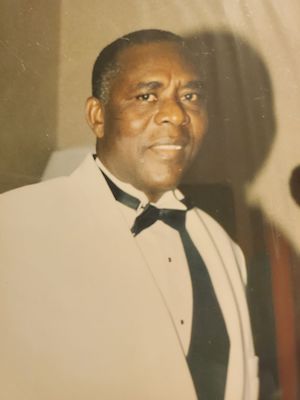 “For I am now ready to be offered, and the time of my departure is at hand. I have fought a good fight, I have finished my course, I have kept the faith. Henceforth, there is laid up for me a crown of righteousness” (2 Tim. 4:6-8a)

It is with great heart-felt sorrow that the Taylor, Phillips, Johnson, Goodridge, Williams, Gaines, Agboola, Norris, Saywah, and Lee families announce the death (Home-going) of their beloved father, brother, grand-father, uncle, great-grandfather, and cousin- Robert K. Phillips in his 81st year. After a period of illness he transitioned to be with the Lord on December 22nd, 2020 at home in Bensalem Pennsylvania, USA. Boyour as he was affectionally called was born in Winneba, Republic of Ghana (Gold Coast) to the union of Robert Phillips and Ethel Taylor. At the age of ten years, due to the death of his father, mother Ethel along with Kwaku and his two sisters migrated to Liberia to be with family (Taylor) and took up residence in Johnsonville where he attended the Johnsonville Public School. Kwaku who was his mother’s trusted son and help, relocated to 15 Gate Upper Careysburg, Montserrado County, Liberia and began to take up auto mechanic with his cousin Joseph Taylor. Determined to be that help to his single mother and to help support his siblings he took on a job with the bus company at an early age and later moved on to VOA (Voice of America) where he worked for over 40+ years until he retired. He later immigrated to the United States in May of 1995 to attend the funeral of his beloved mother Ethel and made the United States his home.

“May his soul rest in peace and light perpetual shine on him.”

This announcement was brought in by the family.

*Due to the Covid-19 Pandemic, please wear a mask and be seated 6 feet while in the Home-going Service Sanctuary.