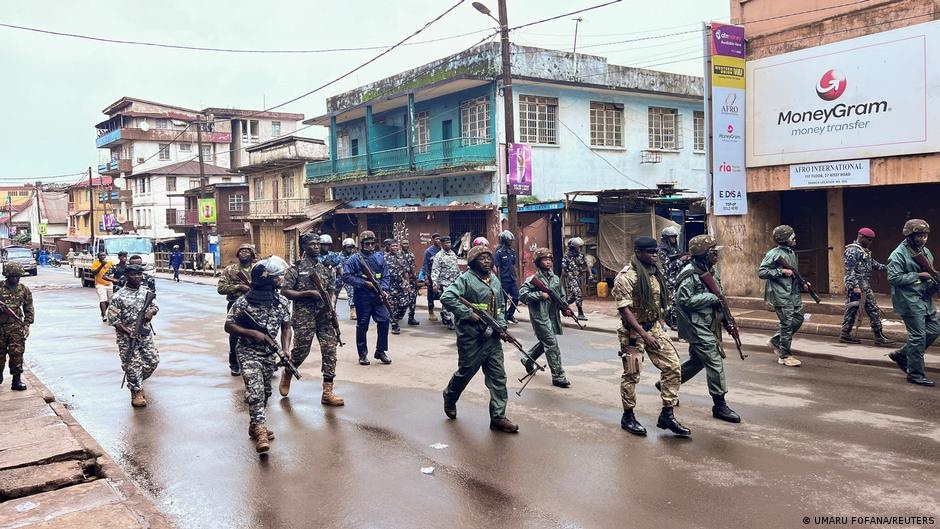 The announcement of a nationwide curfew came after anti-government protests turned deadly. Rising food prices have contributed to unrest.

Officials in Sierra Leone on Wednesday announced a nationwide curfew amid anti-government protests, during which an unspecified number of people were killed, including two police officers.

Footage circulated on social media showed crowds of demonstrators burning tires in the capital, Freetown, and other groups of young men throwing rocks at security forces. 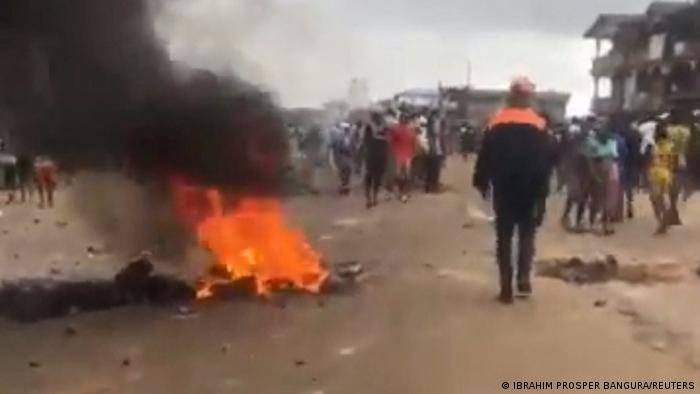 “These unscrupulous individuals have embarked on a violent and unauthorized protest which has led to the loss of lives of innocent Sierra Leoneans including security personnel,” Vice President Mohamed Juldeh Jalloh said in a video address.

A police spokesman was quoted by the AFP news agency as saying that two police officers “were mobbed to death by protesters.”

AFP also reported that security forces were firing at protesters.

Why were they protesting?

Protesters took to the streets to express anger over rising prices for essential goods in the West African country.

According to the World Bank, half of Sierra Leone’s population of around 8 million live below the poverty line.

Read the Original article on DW