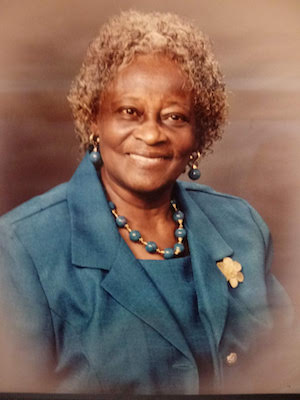 The Itoka and Chesson Families announces the homegoing of their beloved and cherished mother, grand and great grandmother, sister, aunt, and cousin, Sophronia (Sophie) Senora Chesson Itoka in her 90th year. She was affectionately called Mrs. Itoka, Professor, and S.I.

This sad event occurred on Thursday, April 1, 2021 at the Adventist Healthcare in Silver Spring, Maryland, USA. She was married to Joseph Itoka, Jr. who predeceased her in October 2010.

Mother Itoka was blessed to have travelled to the United States in her very young age to attend school. Upon graduation in 1959 from Lane College, Jackson, Tennessee/USA, she returned home in 1960, and was assigned to Booker T. Washington Institute (BWI), Kakata, Margibi County by the Government of Liberia to Head the Home Economics Department as an Instructor, teaching young women about home making. She later served as an instructor of the Social Studies Department up to 1979. She then moved on from 1980 to serve at the Ministry of Postal & Telecommunications in the Personnel Department as the Director for a number of years and in the Philatelic Department as Assistant Director, which she had the opportunity of traveling on behalf of the ministry. She later retired in the early 1990s.

She became a christian at an early age and became a member of the Salem Baptist Church, Brewerville, Liberia. She worked assiduously in promoting the Gospel to all who came to know her with a smile. In the church Women’s Missionary Union, she served as Chorister, Vice President and later President of the Union, and also Chairman of the Deacon Board. She was also the first President of the BRC Nightingale. Because of her dedicated services rendered, the present Multi Purpose Building at Salem Baptist Church was named in her honor.

With her gifts and talents, she continues to support the work of the church with many outstanding projects.

Mother Sophronia (Sophie) C. Itoka served as Advisor on the Executive Board of Trustees of the Gates of Heaven Midday Prayer Ministries in Liberia and USA from 1970 until her demise, whose founder is her sister, Bishop Rev. Mother Rachel Chesson Brown.

*All CDC protocols will be observed. Attendees MUST wear face masks. **For family and friends who are not able to attend in person, live streamed will be provided later.