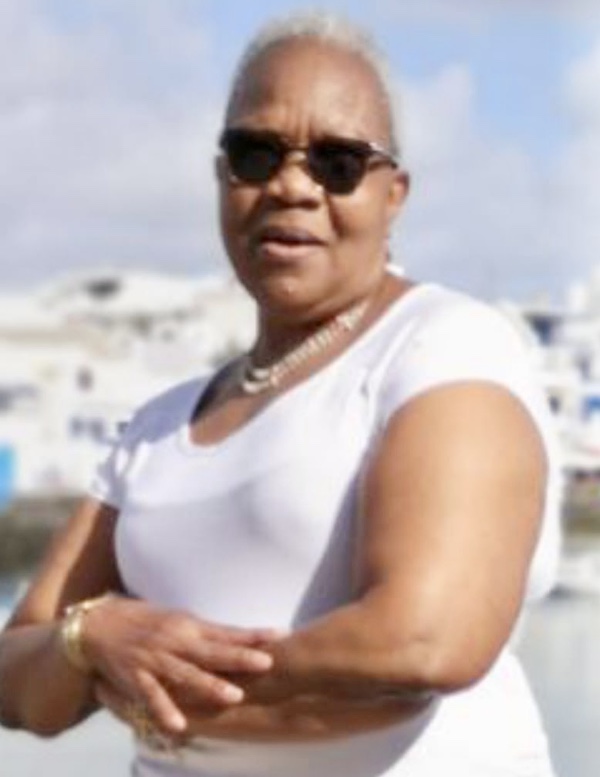 With grief-stricken hearts, while giving thanks to God for a life well-lived, the Tavio, Hill, Deshield, Redd, Wiggins, Clark, Diggs, Ballon, Horace, Caudrick, and Addy families regret with great sadness to announce the homegoing of our beloved mother, grandmother, sister, aunty, niece, cousin, and friend, Tearose Emily Hill-Tavio.  This devastating loss occurred on Saturday, November 12, 2022, at the Staten Island University Hospital, Staten Island, New York, USA. Mama, Tearose, Aunty Rose, as she was affectionately called, went to be with the Lord after a brief illness.  We bless the Almighty God for giving her to us; the life she lived and the time she spent with us will forever be remembered in our hearts.

She was predeceased by her parents, T. Reuben Hill and Williette Elizabeth Deshield-Hill, and her siblings; Shadrack Hill, McJulius Hill, Aletha Scott-Roberts, and Rachael Lorretta Hill.  May her soul and the souls of all the faithful departed rest in perfect peace until that great resurrection morning.  The family is grateful for all the prayers, and condolences received.

Final Home Going Arrangements for the Late Tearose Emily Hill-Tavio are as follows:

The Memorial Service is scheduled for Saturday, December 17, 2022