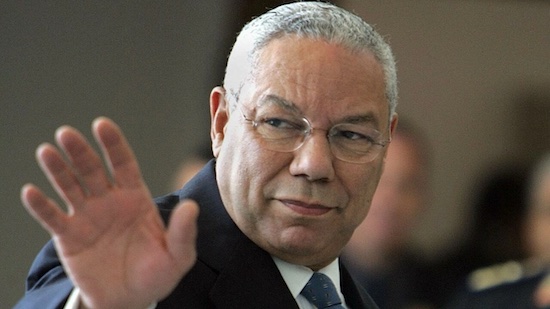 The death of Secretary Colin Powell today of complications from COVID and multiple other health problems was a loss to many of us who knew him, worked with him and respected him during and after his profound and long period of service to his beloved United States.

When I was designated to represent my war-toned and poverty-stricken Republic of Liberia in Washington in 2003, I requested the State Department to delay my first formal meeting with the Department until it was possible to have audience with Secretary Powell, who was on tour overseas. As soon as he returned and was advised, he met with me on the 8th floor of the Department. The Secretary was most gracious, personally committed and full of understanding with the Liberian situation and promised his personal friendship and support to help heal the wounds of Liberia from the long civil war there.

True to his words, he helped to organize a Donor Conference for Liberia at the United Nations and facilitated a range of US Government and International Donors’ support for Liberia. That policy and his friendship continued long after his departure from the State Department.

Mrs. Minor and I join in paying tribute to this Gentleman Soldier, Great Statement and decent human being and express our sympathy to his wife Alma and their family.

Charles A. Minor
Former Liberian Ambassador of Liberia to the United States
October 18, 2021