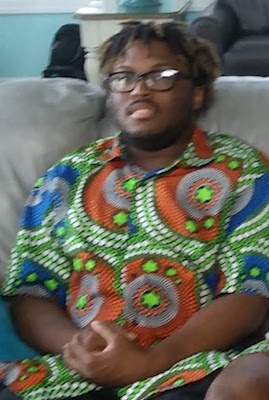 It is with heavy hearts and immeasurably sadness the Frankfort, Segbe and Goaneh families along with a host of other relatives announce the passing of their beloved Son, Nephew, Cousin and Brother, Urick Isaac Frankfort.

The sad event occurred on Sunday, March 21, 2021 – Urick had an asthma attack and went into cardiac arrest after performing his routine at a dance battle in Baltimore, MD.

Urick or “UU” as he was lovelingly called was born prematurely in Stone Mountain, GA weighing 1lb 11oz. Urick was a very respectful, always smiling young man who had an impact on many people will be dearly missed.