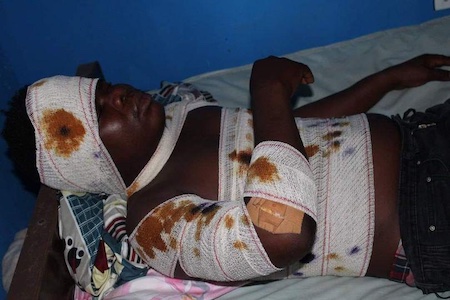 What They Were Protesting

On July 26, 2022, several members of the CDC-COP were shown on Facebook Live, beating and torturing  a student of the University of Liberia, Christopher Walter Sisulu Sivili who had joined other students from the Student Unification Party (SUP) to protest alleged “bad governance” and its vices including corruption, poverty and insecurity under the Weah-led administration. 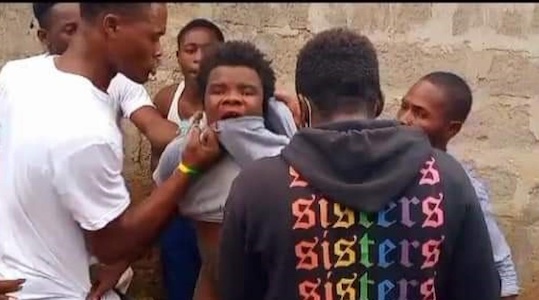 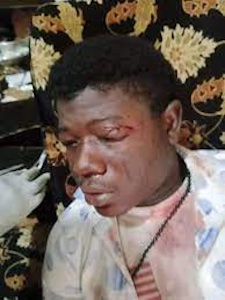 Christopher Sivili at the Hospital being treated for his wounds

After being silent for 5 days on the violence inflicted on Sivili by CDC-COP members, President George Mannah Weah finally on the 6th day, went on State Radio to address the nation.

Speaking on the State Radio on Monday August 1, 2022, 6 days after the event, the Liberian leader noted that anyone or group that has his image on a banner in support of the ruling Party and the Government must be peaceful, respectful, and tolerant.

“I have stressed, in all my public engagements, the need to maintain the hard-earned peace that we now enjoy, and this is a cause for which I have lent personal sacrifice – as an Ambassador of Peace,” Pres. Weah emphasized.

According to him: ”Anyone or group who supports of his political ideology and love him should disengage his or herself from any form of violence.”

President George Weah distanced himself from the group with his next remarks.

“When you come to join us, you become a CDC partisan of peace, democracy, and development,”

‘Liberia remains a country of laws, despite our political differences, we are one nation, one people united under God’s command.”

Seven days after the incident occurred and despite video evidence showing CDC-COP members perpetrating the violence as they counter-protest against SUP members, while parading on Benson Street Hill with a banner depicting a portrait of Weah and singing the slogan, “Weah is Fixing the State”, some 7 persons from the CDC-COP were arrested.

As to the why there was a delay in investigating the incident and making an arrest, The police Spokesman, Moses Carter, had earlier informed the public that they were finding it difficult to launch a thorough investigation in the absence of a formal complaint by either party — SUP or CDC-COP.

Meanwhile, the chairman of the Senate Committee on Defence, National Security, and Veteran Affairs Senator Steve Zarko has called on President George Weah to suspend the Monrovia City Mayor Jefferson Koijee for being a major supporter of the CDC-COP.

Senator Zarko also wants the source or the buyer of a pickup truck that conveys the CDC-COP to be called in for questioning.

2 thoughts on “Weah tries to distance himself from CDC-COP”